Evo Voice is a multi-channel communication platform. This term has become overloaded in today's tech world, so let's explain what a channel is with respect to Voice and how Voice provides for a multi-channel paradigm.

Evo Voice supports 3 types of Channels, Voice, Chat, and Fax. Fax is a special Channel which we will not discuss here. This document will focus specifically on Voice and Chat.

Every new session is handled by the Flow associated with the Endpoint that receives the session. For example: 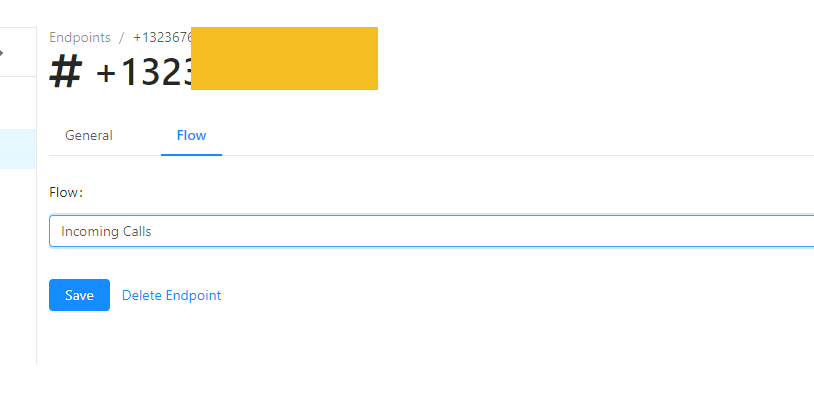 You will notice that we only have a single setting for Flow but an Incoming Phone Number can receive both voice calls and SMS messages. To determine what type of Channel from within a Flow, we use the Channel Selector Node for example: 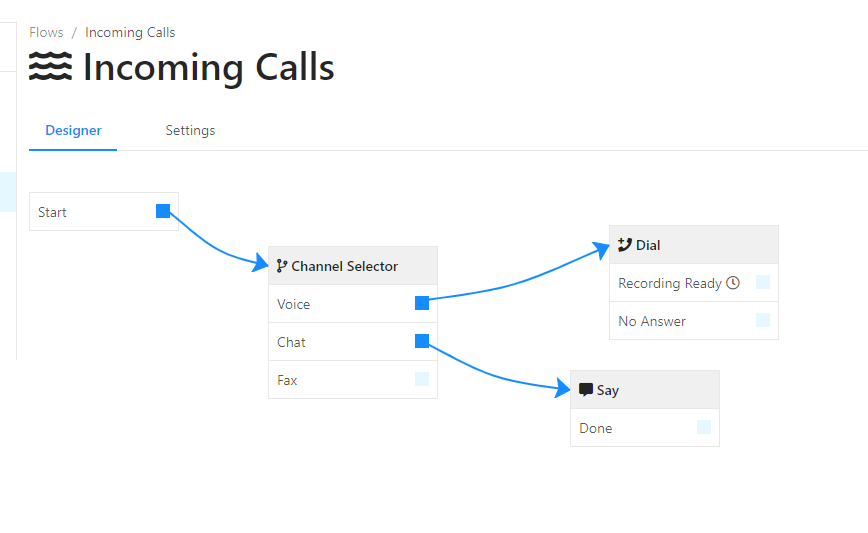 Voice is the primary communication channel that will be used in Voice as phone calls are still the pervasive means of communication in business scenarios.

In both cases, when a voice session is initiated, Evo Voice will execute the Flow that is associated with the corresponding Endpoint.

For example, when someone from the outside world dials an Incoming Phone Number, Voice will execute the Flow associated with that Endpoint.

In general, the goal of a Flow will be to connect that voice caller with another party (or sometimes voicemail etc.) however, the Flow system allows for significant logic to happen before the Dial node is used to establish that connection.

A Voice session lasts for the duration of the phone call

Whereas a Voice session is easy to visualize because it consists of a single phone call a Chat session is a little bit more complicated and is best shown with a few examples.

As mentioned above, Chat is a Message based channel. Evo Voice supports various types of Chat endpoints including the following

It is important to note that regardless of Endpoint type, Chat flows will function the same. For example, the Say Node will always reply to the user regardless of actual mechanism, if you use a Say node in an SMS flow, we will send the resulting text back to the user via SMS. If the flow has an email sender, we will email back, etc.

In this first example, we are going to have a single Say node in our Flow, e.g.

And if we send an SMS message to that number we'll get the following: 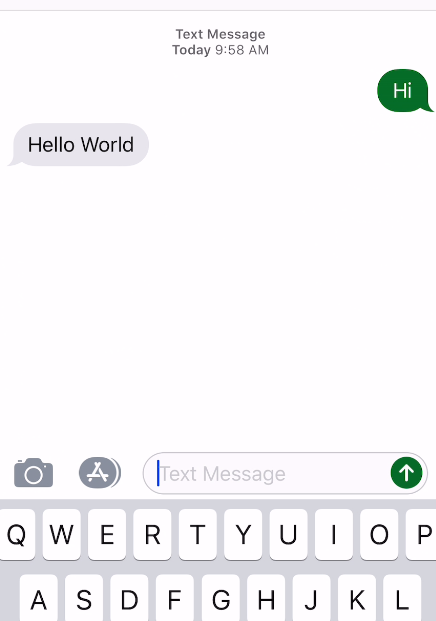 If we continue to send messages to the number, we will ALWAYS get the same result: 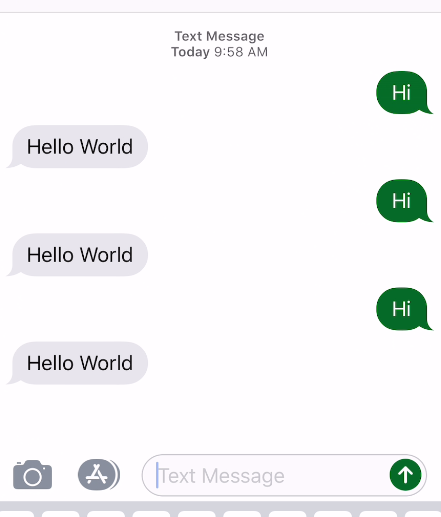 It is important to note that every time we send a message in for the above flow, a new session is created. This is because a Chat session ends when the Flow is completed.

And when we send a message to the phone number, the resulting dialog looks like this: 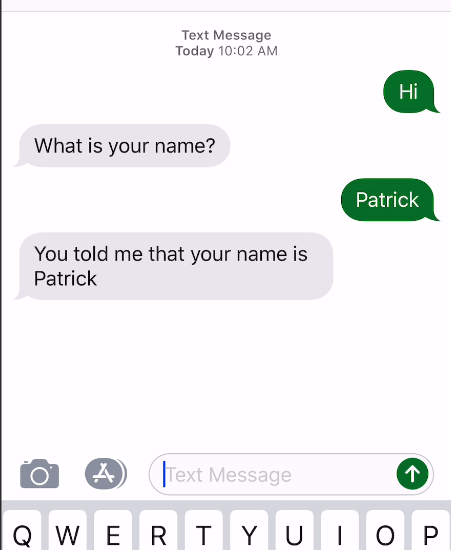 In this example, the session did not end until after the Flow said to us our name back. The session was "paused" waiting for another message from the original sender. If we send a new message to the Flow, we will start a new session now. 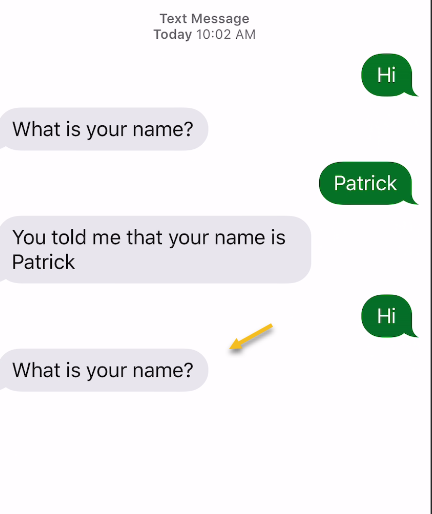 The above examples showed how a Chat based session starts when the first message is received and ends when the Flow is over. Let's show a real example with actual chatting between people.

Our flow is going to use a Chat node in order to invite Users to the Chat session such as below:

Now when we send a message into the phone number, the Una user is going to receive an invite to the Chat and from that point on, all chat messages will be directed to the chat conversation between the original sender and una

Here is how that looks with screenshots.

First the original party sends a message to the phone number: 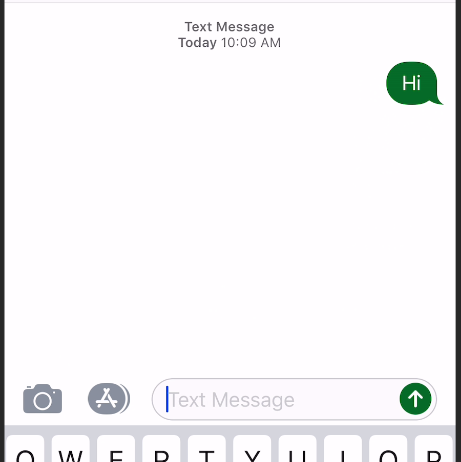 The Una user receives a chat invite in her Voice app 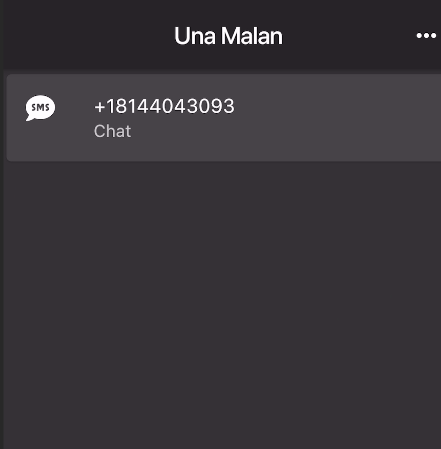 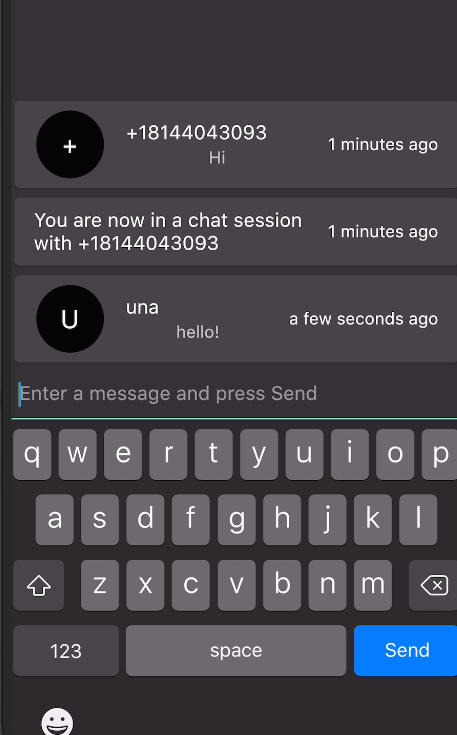 And back on the mobile phone, the original sender gets an SMS message: 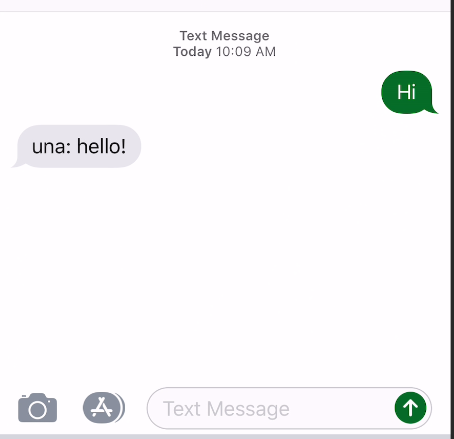 Una and the original party are now in a Chat session and will remain in that session until Una quits the session via the App or the sender sends a message "EXIT" which will remove him from the session.

Chat Flows are initiated when a new message is received on a Chat Endpoint (e.g. Phone Number via SMS, Email Address via a new email, a Skype Bot via a new message, etc.)

Chat Flows can be "paused" while waiting for more input, for example by using the Gather Node.

Chat sessions are finished as soon as the Flow they are associated with finish or if a Chat conversation is established, when someone in the Chat ends the session.

The Voice Flow system is a very flexible communication model which allows for very complicated situations to be handled relatively easily.

In general, the primary goal of every flow is to establish a communication Channel between a Caller and one or more Destinations. For example

There are two main nodes that are used to establish a Channel between parties, Dial Node and Chat Node 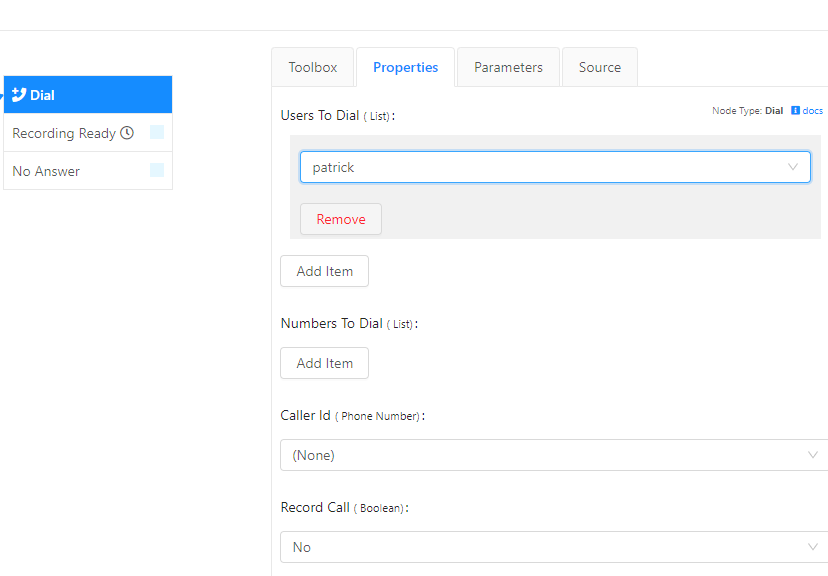 The Dial Node is a very powerful Node which is used to establish a traditional "Phone Call" between a Caller and a Dialed party.

As shown in the above image, the Dial node supports ringing both Users in the Voice system as well as External Phone Numbers (e.g. 10 digit dialing). 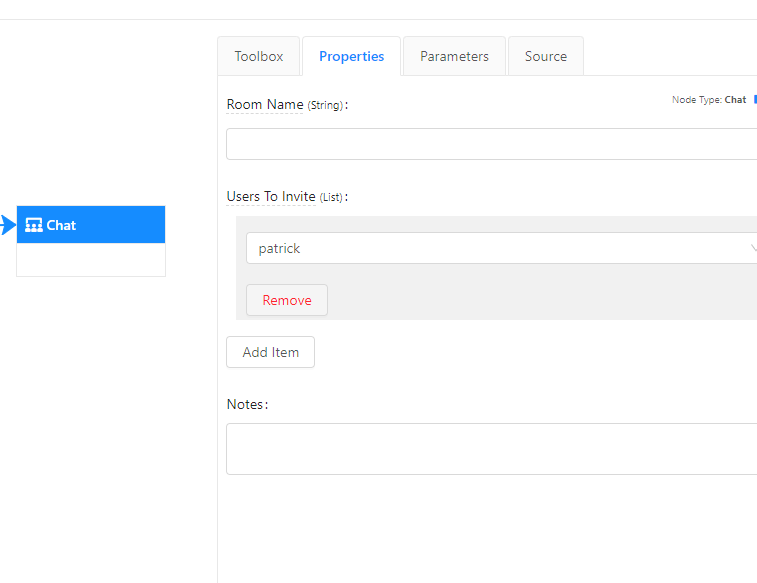 The Chat Node is analogous to the Dial node, but for Chat based sessions. You will notice that there are far fewer options on the Chat node.

The Chat Node supports inviting 1+ parties to a Chat with the person that initiated the chat (via a Chat Message).