Nodes are the building blocks of Flows.

Every node is an independent unit of functionality. At any given time in a Flow only a single Node can be active. When the Node is completed performing its task, the Flow transitions to the next Node depending upon the connections made in the designer. 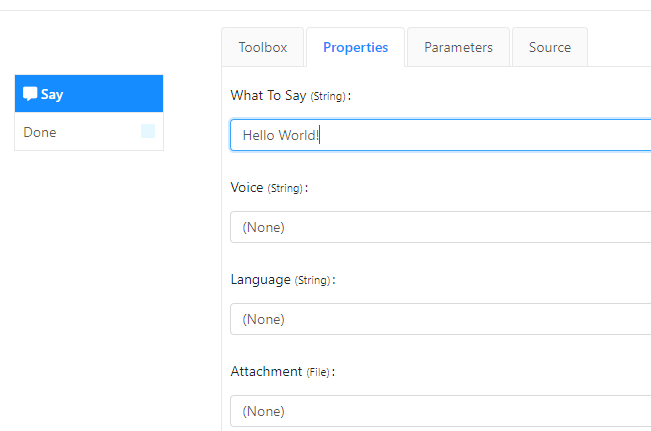 In the Say Node, you can see that it has a single Transition "Done" which will be followed when the system is done speaking to the caller.

If we wanted to Say something else after the first Say, we could join the two Nodes together as follows 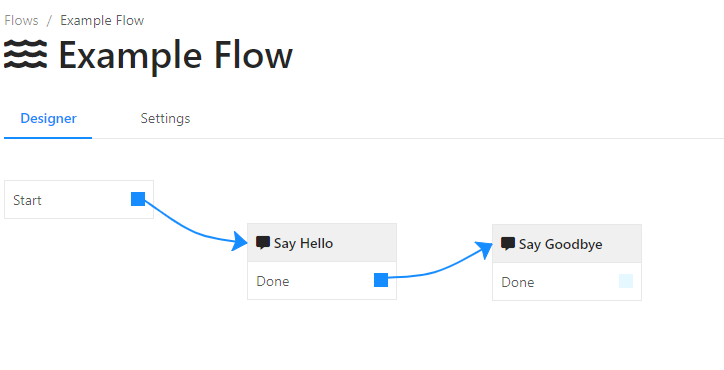 Every node has different transitions and some nodes even have a dynamic number of transitions. For example:

The Dial node above has a transition for if there is "No Answer" and it also has an Asynchronous Transition (see below) for when the call recording is ready. 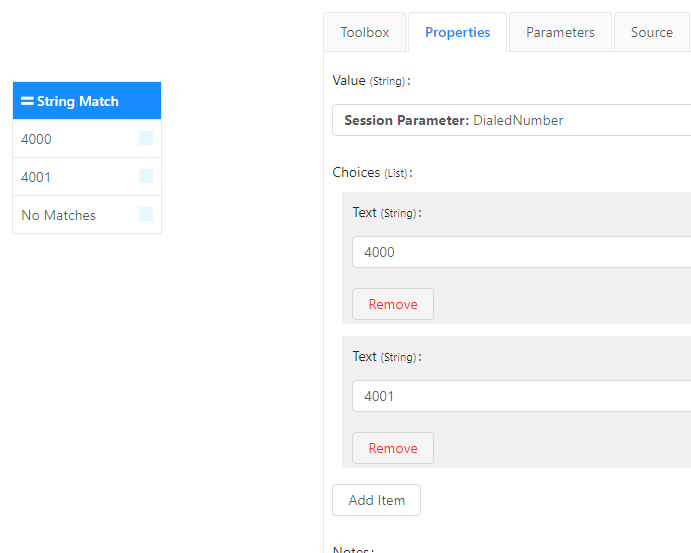 Asynchronous Transitions are indicated by a clock on the transition, for example:

In the example above, the Dial node has a Recording Ready transition which is Asynchronous (clock). This transition will be followed as soon as the call recording for this call is ready (assuming you enabled call recording).

Asynchronous transitions are followed OUTSIDE of the normal call flow and because of this, certain nodes CANNOT be used, for example if you used a Dial node after the Recording Ready transition, it would fail because at this point there is no call (it has long since hung up)

Whenever you select a Node, the Node's settings or "Properties" are displayed in the Properties Pane, for example: 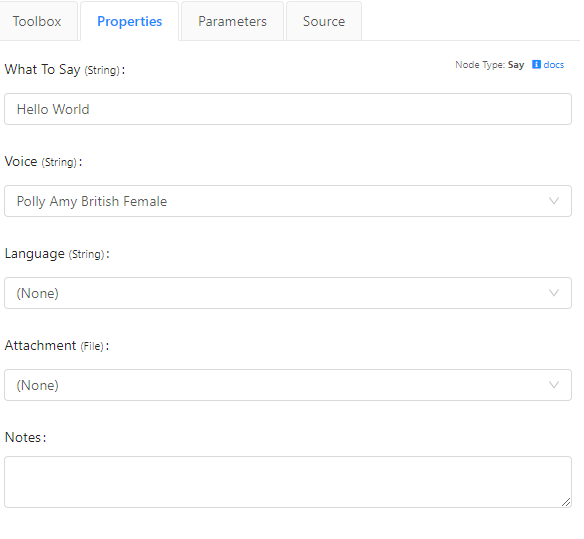 The Node's Properties determine how the Node will behave, for example in the Say node, it determines what will be said and in what voice.

In the image above, there are a couple of things to note

Nodes are the building blocks of Flows. They are independent processing units that perform a single task and then transition to the next Node in the Flow.,